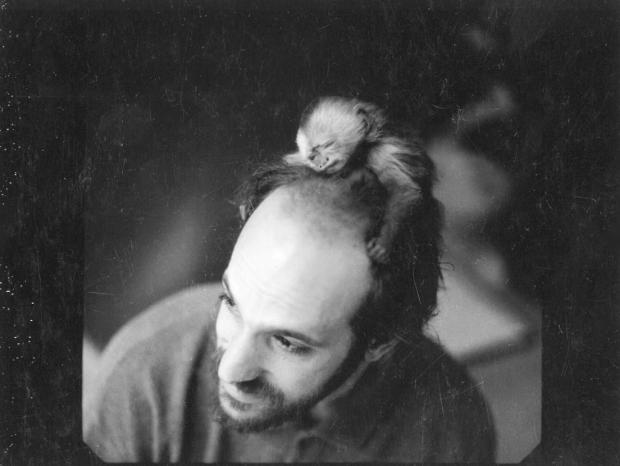 “I’ve always struggled to be human, to know how to act and to what purpose. As a young New York artist, living in a tiny commercial storefront downtown on Crosby Street, I documented this process through drawing and painting self-portraits, which faithfully recorded the shifting moods and musings that swirled through my mind. This practice brought few answers, but did conjure the questions, which gazed back out at me starkly from the canvas.

After marrying a woman from Caracas in the mid-1990s, I started traveling to Venezuela, where I became fascinated with the lives of people living on the jungle coast. The simplicity of sunlight, children’s laughter and the basic search for daily necessities was enough to quiet my New York rumblings. Then one day my wife brought home a cardboard box with a shriveled baby capuchin monkey, clinging to life. His mother had been killed by locals who liked monkey soup. It was a propitious moment and I immediately knew I was meant to care for him.

Benjamin was a tiny, perfectly formed creature; every movement was an exquisite expression. His little body and prehensile tail was part human, leopard, snake — I never grew tired of watching him. Although endowed with a primate mind, he was a being far from the twisted detritus of humankind; he preserved the purity of his creator’s instincts. As I cared for him and admired him, he became a living vessel to pour in an unconditional love I didn’t realize I had. Soon, I would do anything for him, including smuggling him back to New York — even at risk of prosecution and imprisonment.

In New York, he was the perfect missing organic link in this concrete jungle, a magic sprite who cheered up the downtrodden souls trudging the streets. He leapt from mailboxes to scaffolding, working the crowds like a star, but also challenging their reactions when he wanted, like a monkey Yoda. He was an ambassador of the jungle world, reminding us of our distant but common heritage.

We were connected at the heart: I brought out the human in him, and he brought out the monkey in me. When we walked around Manhattan, he sat on my shoulder, and we were like one creature. At home, Benjamin was always close by, a silent witness, sucking his thumb and reflecting while I worked.

I have painted portraits of some of the most powerful leaders in the world and have studied how the brain hemispheres project on our visages. The face reveals the psyche. Darwin spoke about the muscular stresses of repeated expressions that slowly etch into the face, revealing personality. Just one look at Benjamin’s face made clear that he was a sentient being with some kind of self-awareness.

The legal status of our bond and his personhood was another matter. He was illegal in Manhattan, and time and time again we had to hide or escape to prevent him from being confiscated. But even on the run, we delighted in each other’s company. There was simply nothing that was going to come between us.

But as he grew, so did his teeth, and his will to challenge me when our interests diverged. I had to learn to respect his space, to protect the public and to forgive him when we fought tooth and tail. But Benjamin’s wildness, his desire for independence and self-preservation, is also what made him so human. Each of us, artist and monkey, struggled to control our respective emotions and managed to live harmoniously together in our large communal SoHo loft-cage.

The final chapter of our story together was the most dramatic, and Benjamin’s altercation with another human made national news. I stood by him; we escaped the law in the nick of time and I was forced to leave the state. I wanted him to live out his days with his own kind, among other monkeys, but it was not meant to be. Benjamin’s life and purpose was only to be with me and humanity. And so, shortly after I retired him to an animal sanctuary, he passed away.

His death was unbearable: My tears flowed into an endless river of grief. As I waited to bury him, I decided to send the aching love through my fingers to recreate him in art. I painted, sculpted and wrote of his memory, evoking his spirit and honoring the blessing of having loved something so deeply. Now his image looks back out at me not with questions, but with the answer.

Everyone needs a Benjamin. Something you can love unconditionally, that you will do anything for, that brings magic and meaning to life.“ 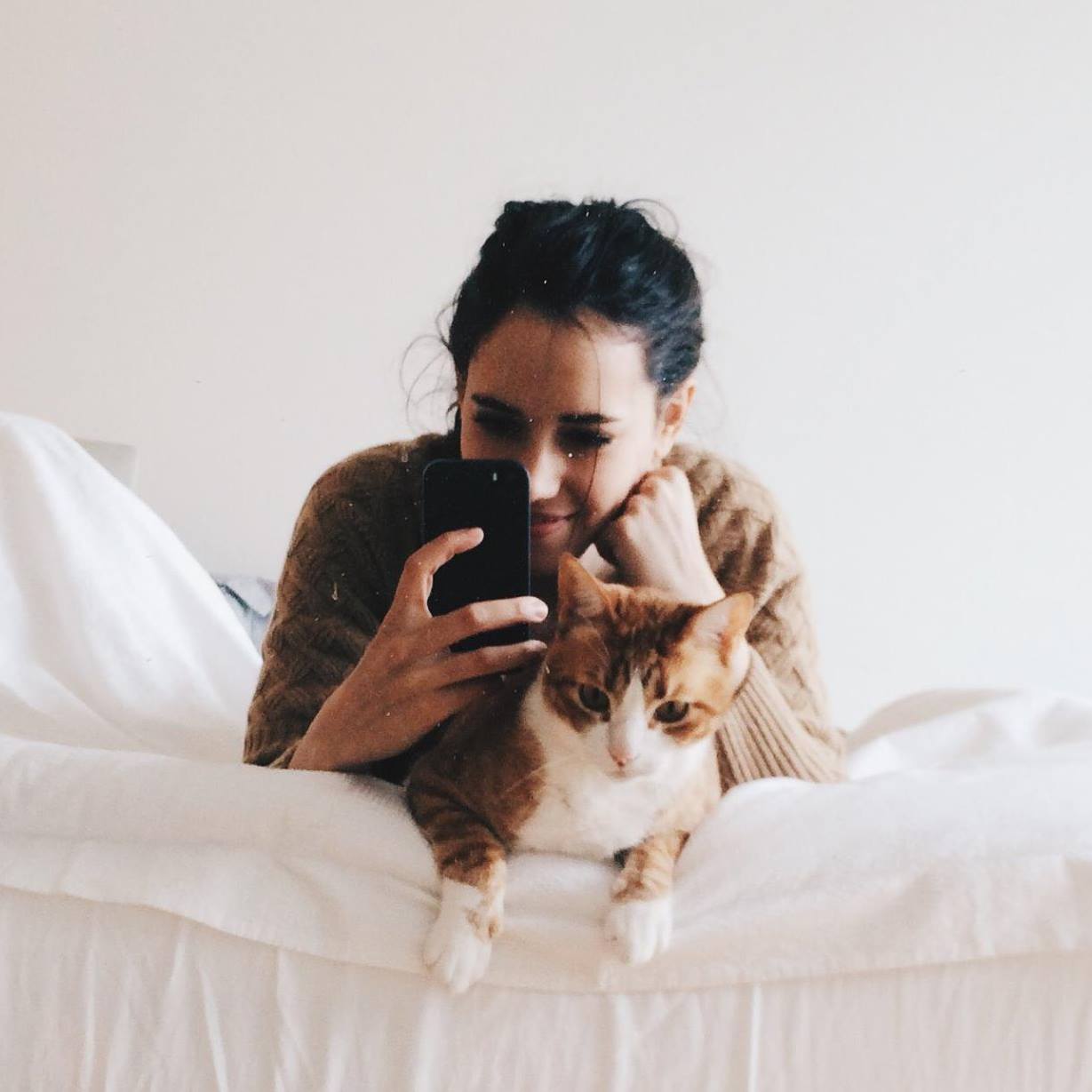